I’ve always had a good memory – for facts, for trivia, for events, for faces and sometimes for names. But I’ve come to realise that not everyone shares this trait. My husband often defers to me saying that I’d probably even be able to remember what he was wearing at a certain event many years ago …. and sometimes (often!) he is right.  Certain events trigger evocative memories and linger in our minds. For example, most of us remember where we were when we heard of momentous events like someone famous dying or a particular tragedy. But for me, it’s more than that. I can remember mundane events in my childhood, particular books I read, things my mum said that felt unfair. The information I read in books is stored in some sort of memory bank and generally surfaces at the right time, and I read a lot of books! I was an early and avid reader, consuming the stories of the Greek and Norse gods before I was 10, plus most of the collected stories of Hans Christian Anderson and the Grimm brothers,  before getting into historical fiction in my

early teens. I read voraciously  – consuming on average more than one book a day in my mid-teens (admittedly these were Barbara Cartland and ‘Mills and Boon’ drivel) but interspersed with other fictional accounts with some historical facts from authors like James Michener (Hawaii – took me 3 days for over 1000 pages!)  and the historical ‘queens of England’ stories by Jean Plaidy whose entire library I’m sure I have managed to read under a number of her writing pseudonyms (Victoria Holt was a particular favourite and I can still remember the plots of several of her books.) I even read parts of the dictionary from time to time – checking out particular words and meanings, developing a much fuller vocabulary and spelling knowledge. Maybe this is why I’m also such a researcher when planning trips and holidays, reading up on places to see, reviews of accommodation and other people’s comments on activities and generally preparing myself as much as possible beforehand. At work, I would often look things up if something interesting crossed my desk – wanting to know more about the background, and when listening to people in seminars or on TV I’ll Google to check up that what they are saying is right or follow-up – and check out Snopes.com or other similar pages if the information seems dodgy.

This memory bank of mine has come in useful from time to time, not least back in 1990 when I entered the TV show ‘Sale of the Century‘ – and eventually became the first woman in NZ to win “the lot”. The trivia I knew certainly came in very handy, as did the NZ$82,000 worth of prizes. My husband then knew the value of my spending time in books and doing crosswords and generally being right about something we were discussing.

But memory is different from memories – and once we started our family, we strived to create memories for our children. From a young age, we started traditions for them around Christmas – sadly (?) they didn’t involve Santa Claus – we wanted our children to know and celebrate the real meaning of Christmas, which was beyond getting presents. In fact, we didn’t open presents until mid-afternoon on Christmas Day. Our day started with a special breakfast of pancakes, served with the best china and silverware, before heading off to a community church service, then back for our Christmas roast lunch and a nap or a walk to wear it off. Around 2-3pm was when we opened presents. As they got older, and the church service involved children being asked what they got from Santa, we realised that we needed to allow them some morning treats, so we gave them a small stocking with something to eat, something to read and something to play with. I’m sure some people will be shocked that we didn’t “do” Santa, but our kids never missed out on the excitement of Christmas and hopefully were more aware of what we really wanted to celebrate –  the greatest gift of Jesus. Even now as our children are in their 20’s if we are all together for Christmas we still try to continue these traditions. 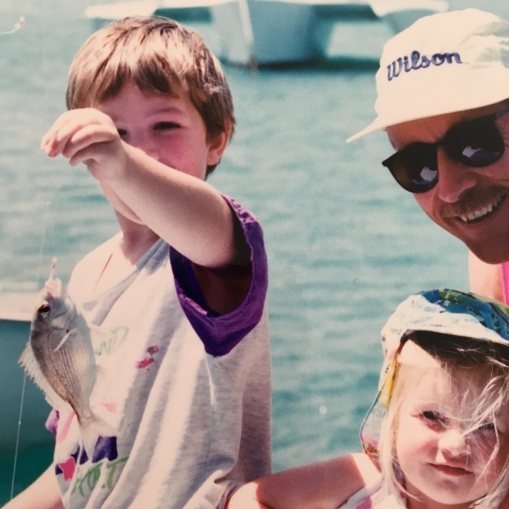 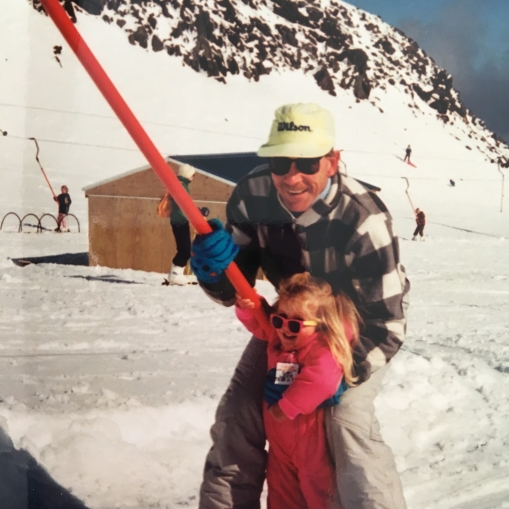 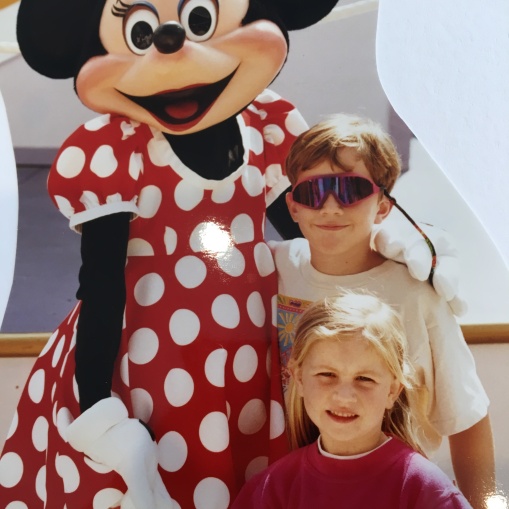 We always planned special holidays and I know my daughter and son both have special memories of particular holidays. When they were 6 and 4, we sold the van I’d won on Sale of the Century and used some of the proceeds to take the family to Disneyland in the USA. Unfortunately, some of their memories were not fantastic – like getting airsick, and their parents “leashing” the children in the Disneyland complex, so as not to lose them. But many many special memories were created and are still looked back on fondly. We had holidays in the snow, holidays at the beach, holidays with the grandparents at the A&P show – each of these has particular highlights for them and for us as we look back.

One year when they were in their early teens, we were fortunate to go to Europe, initially for my husband to attend a conference in Bologna (which meant we used his business class travel budget and flew all of us economy), but then to explore more of Italy and France and a fraction of Germany too. This trip brought my son’s history classes alive, as we visited the Palace of Versailles and he had been studying the Treaty of Versailles that had been signed there. Many other iconic sights became real to them, such as the Vatican, the tower of Pisa, the Eiffel tower, as well as a number of misadventures with cars, directions and accommodation no-nos! I still get joking about “the water should be on our left” as we came into a town – and it was on our right, or the promised English commentary boat tour of Lake Annecy, which was actually in French, or even having to wait at the foot of the Eiffel Tower while mum tried to find a loo! Our children are now seasoned world travellers, exploring and adventuring on their own – so creating memories has had outcomes for them to want to continue exploring and creating new and fresh memories. Yes, we climbed to the top Memory and memories are different, but I’m so glad I’ve got both. One may fade as we get older, but memories live on in both ourselves and our children. I’m looking forward to creating more memories over the coming year and beyond.