We farewelled Spain for the next three weeks to fly to Nice, where we were met by Bev, our host, and driven “home” to be welcomed by Deefer and Rocky again. This visit we were looking forward to spending quality time with these boys, by the pool! The temperature of the water had risen to a more than acceptable 28-30 degrees and, after a tough lounge poolside, was refreshing. 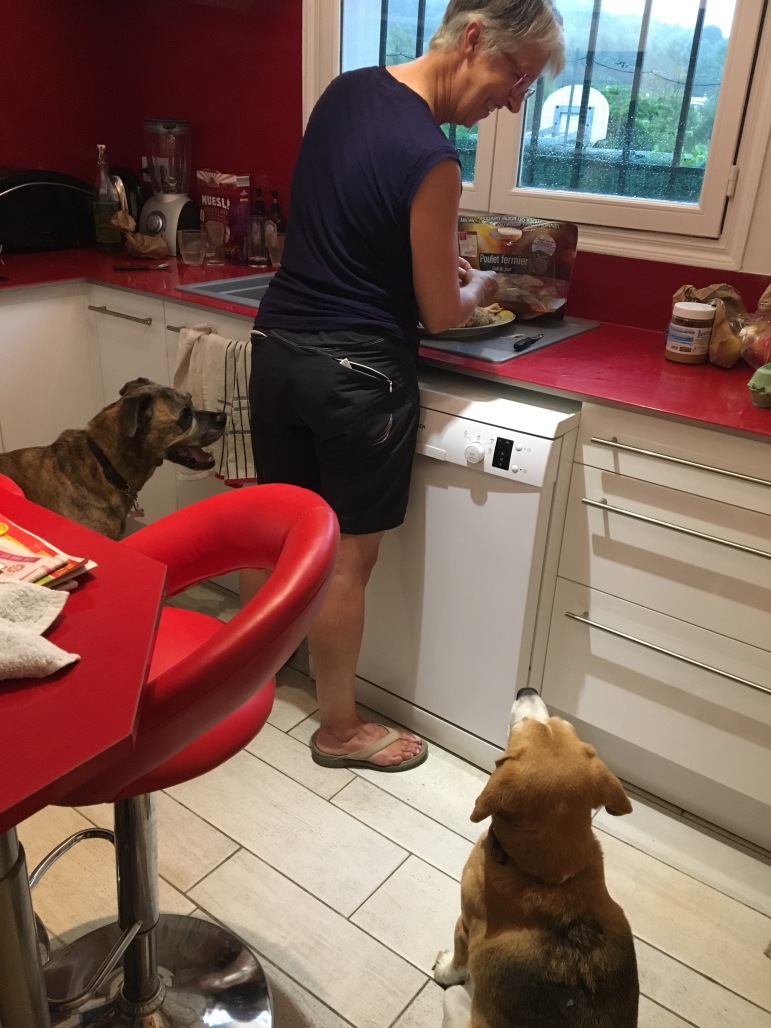 They think its dinner time!

We quickly got into our routines with morning walks and then a wander down the road to pick up our baguette for lunch. Deefer was on daily medication now, but was still the one to meet us at the gate and gambol ahead of us whenever we arrived back from being out. No one had told him he was an old boy and if they had he didn’t take any notice. 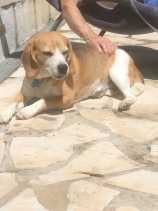 Rocky at the pool Rocky was the wanderer, so easily distracted

He knows this isn’t allowed!

Chris enjoyed getting out cycling on the local hill roads and returned to some of his favourite climbs to Gourdon and beyond.

We managed a couple of trips out; firstly to Nice old town where we took in the sights of old houses, hilltop castles and views down the beach.

Views of the Old Town and beyond

We ummed and ahhed about taking a trip to see the lavender in bloom, but that would be a 5 hour plus road trip, for a half an hour look, so we decided against this adventure. I had wanted to visit St Tropez, after hearing all the hype about this resort town, so we took that option – but it was still a 3 1/2 hour round trip driving so another long day. The town wasn’t anything too spectacular and the beach we went to (supposedly the best one) wasn’t anything special and we thought back to the lovely sandy beaches we enjoyed in Spain.

Probably still out of our price range 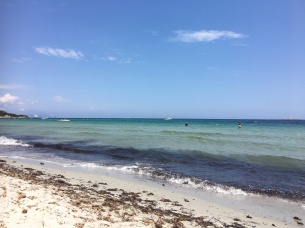 During this stay, the final stages of the Football World Cup were on, and we watched as France progressed through the semifinals and into the Final. Our hosts had to.d us that the Valbonne town square would have screens for the final, so we thought we shouldn’t miss being among the French supporters in their hour of glory or sorrow. We walked over the hill to the village and joined the throng. The place was absolutely packed but we managed to separately get a position where we could see a screen. 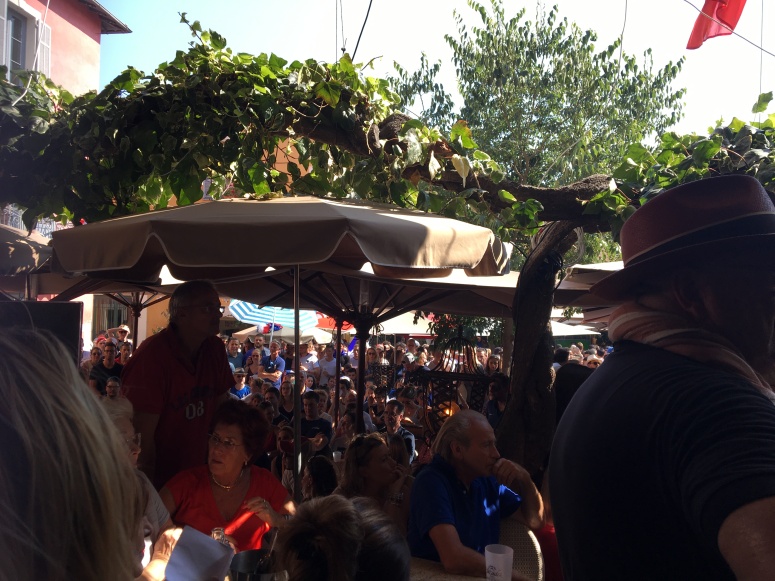 Every time France scored the noise was deafening and flares went off on the outskirts of the square. It was certainly an experience to be among these passionate people and as the time ticked by and scores equalised the atmosphere got tense, but thankfully France pushed on. The final few minutes were tense and noisy at the same time, but as the final whistle approached, the noise ramped up and then just went off!

We have just heard that Deefer has finally sucuumbed to old age and sadly we remember him, he was such a gentle old man!

Beautiful evening full moon rising. Love where we live ❤️😍
My welcome committee at the end of the road. #ruralliving